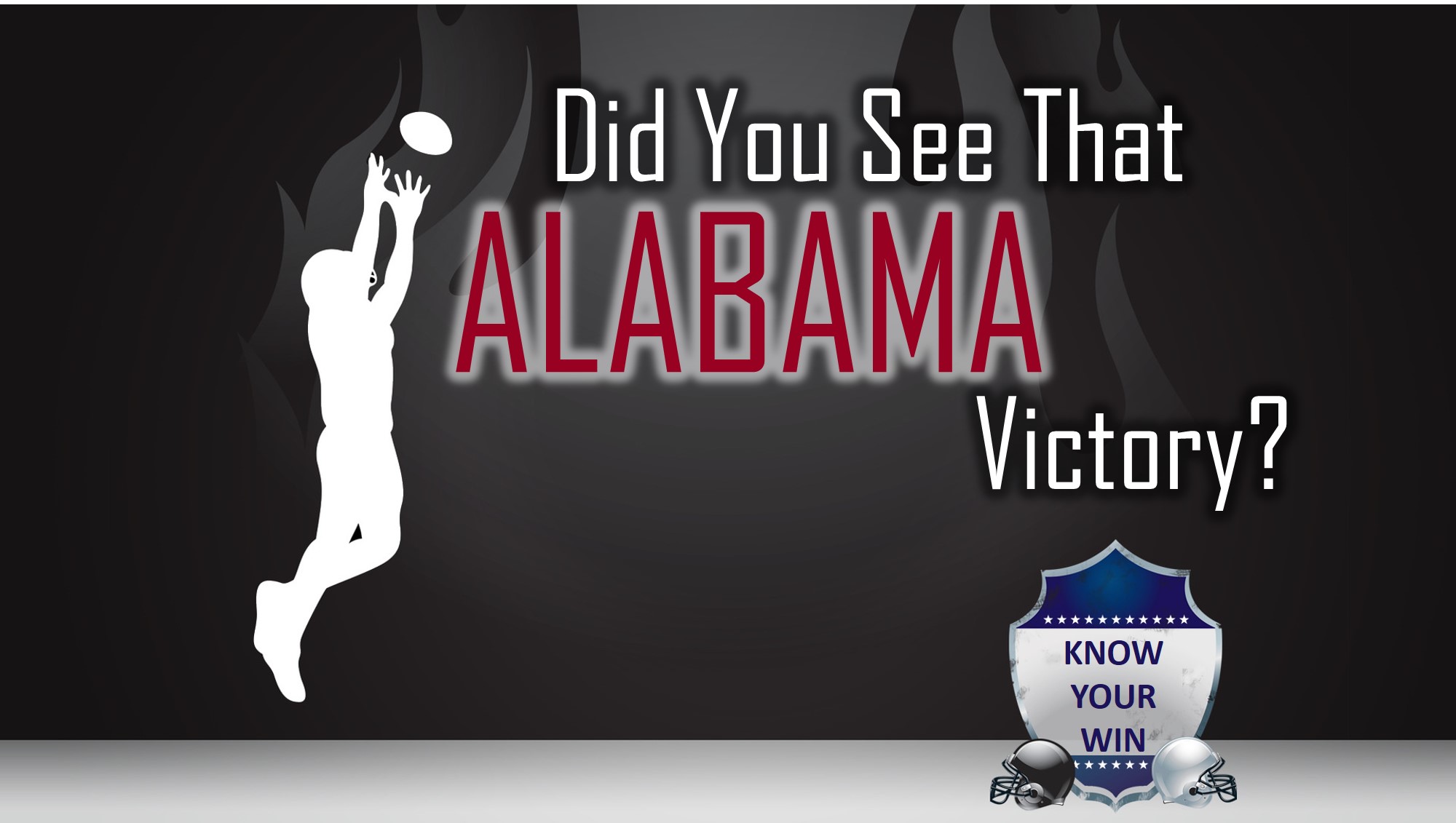 Did You See that Alabama Victory?

What a game on Monday night, huh? Exciting.

What a victory for Alabama. I was so excited for them. It must feel so good to put such a victory under their belt.

Wait?! What’s that you are saying? Alabama didn’t win? But they had more points for 58 minutes of a 60 minute game. Surely that counts for something. They led the score for much longer than Clemson did. Surely that should matter more than what happened in the last few seconds of the game.

Don’t Worry, I’m Not that Stupid

Despite what my good friend Terry Francis will tell you, I’m not that stupid when it comes to football. Even I know Alabama lost.

Sorry to all my Alabama friends. That went to Clemson this year.

It would be really sad if I did try to celebrate a win for Alabama. However, I’ve noticed many today making an even sadder mistake. They hope to get to heaven because of how good they are. They say things like, “I don’t need to be a Christian to be saved. I’m a better person than most of the Christians I know. Surely that ought to count for something.” “Look at all these good works I have done. I don’t lie, cheat, or steal. I’m nice to people. Surely that should matter in the end.”

On the other hand I’ve talked to others who stayed away from Christianity saying, “I can’t be a Christian; I’m not good enough. I’ll never make it.”

And there is salvation in no one else, for there is no other name under heaven given among men by which we must be saved.”

Yet this isn’t the win. The win is not being more moral than your neighbor. That is the approach the Pharisee in Luke 18:9-14 took. But he didn’t go away justified. The tax collector who was not nearly is “righteous” as the Pharisee went away justified because he connected to God God’s way.

How do you get in Christ?

For as many of you as were baptized into Christ have put on Christ.”

Repent and be baptized every one of you in the name of Jesus Christ for the forgiveness of your sins, and you will receive the gift of the Holy Spirit.”